This year’s “Premios Juventud” will be hosted by an all-star studded group making their debut as PJ host including Eduin Caz, lead vocalist and front man for Grupo Firme and winner of four “Premios Juventud” awards; the popular “El Gordo y La Flaca” co-host and actress Clarissa Molina, previous host of pre-show “Noches de Estrellas,” and backstage host; recognized international actress and singer Danna Paola, who made PJ history in 2020 as part of an unforgettable tribute to Selena Quintanilla’s legacy; and bachata superstar Prince Royce, one of the most nominated artists to “Premios Juventud” and winner of 20 PJ awards.

“This summer, ‘Premios Juventud’ will celebrate our youth’s passion for music, pop culture, innovation, and social causes like never before, with an unforgettable show from San Juan, Puerto Rico,” said Ignacio Meyer, EVP, Music and Non-Scripted Entertainment, TelevisaUnivision. “Latin music’s biggest stars and up-and-coming artists will come together on stage to deliver unforgettable performances and create magical moments that can only be seen on ‘PJ.’ Our coveted Agent of Change award will continue to recognize stars and young leaders driving social change in the world.”

To reflect the new generations’ passion for music, social causes, innovation, and pop culture, “Premios Juventud” has added ten new categories to this year’s award show. The new recognitions include Female Artist – On the Rise and Male Artist – On the Rise, to honor outstanding young stars. “PJ” will also recognize superstars in the world of acting with the awards My Favorite Actor and My Favorite Actress. The newly created Best On-Screen Couple category will recognize the best onscreen couple in a novela or series. Other new awards include My Favorite Streaming Artist, for the most popular artist on digital platforms; Best Couple Song, for performers who collaborated while they were in a romantic relationship; Tropical Hit, for the best song in this genre; The Best Beatmakers, for the best music producer or DJ; and Best Fandom, for the best fan group.

Fans can start voting for their favorite artists today by visiting PremiosJuventud.com. The voting period ends on June 27.

Wisin & Yandel Documentary Is Coming to Tell Their Life Story 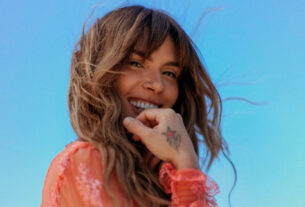